Ooooh boy. This was really the most absolutely bizarre episode of the whole glorious mess. It’s going full Cthulhu this time around. And it works. I have no idea what’s going on, but it’s glorious!

Oh Father/Dwarf, such power and it still doesn’t understand.

Chapter 104: The Center of the World 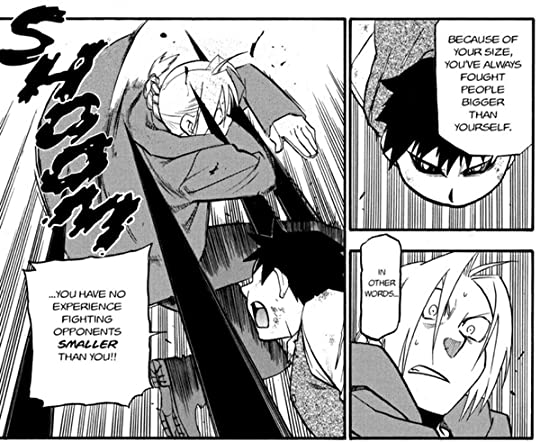 It’s funny because it’s short. A whole series of running jokes come to a head. 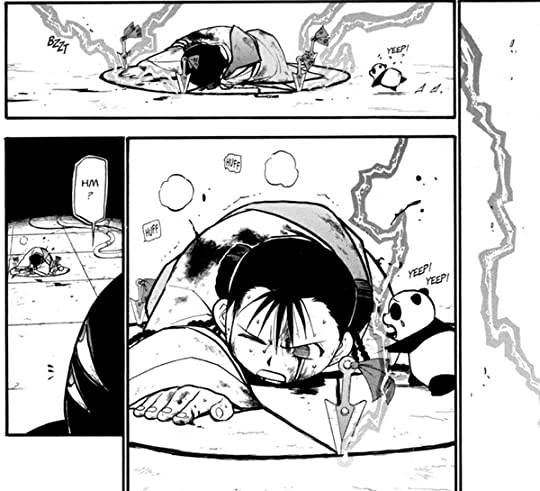 Daw… at first I thought the little thing was doing the alchemy, but not so much 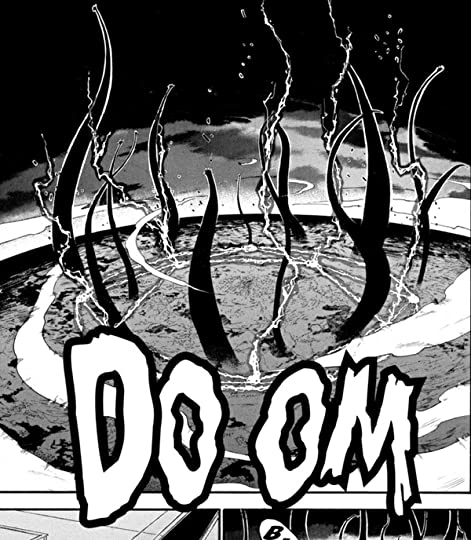 Chapter 105: The Throne of God 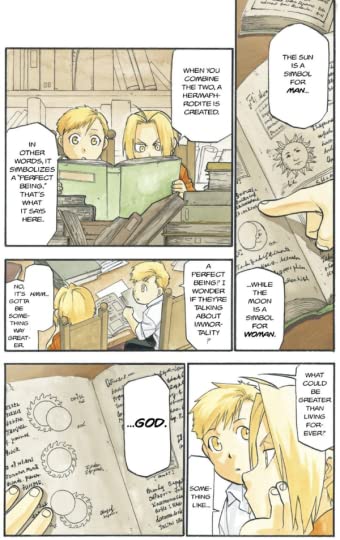 I would love to see a colorized Fullmetal Alchemist. Perhaps the anime.

This is also an interesting thought. God as male and female. They never really get that far into what God means in this world, but there are some interesting hints. 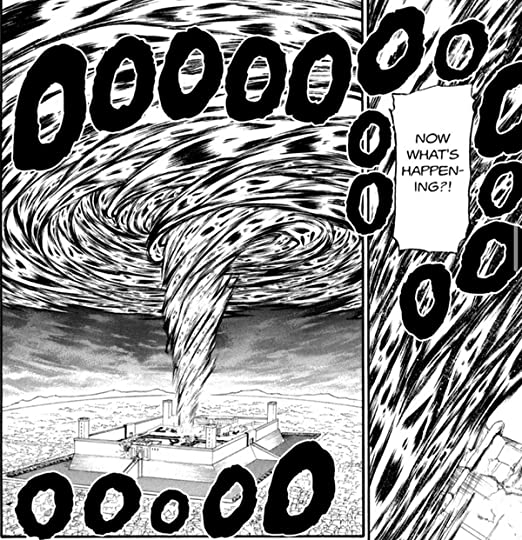 Pretty much my thoughts in a nutshell. 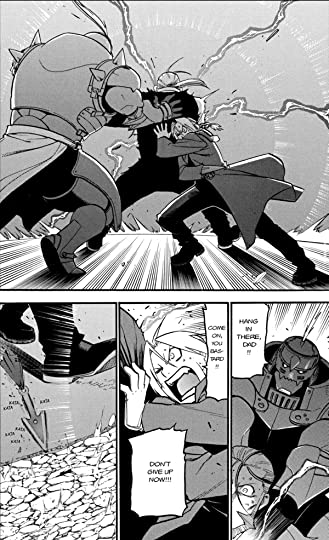 Father and sons working together. That’s a powerful scene.

#relationshipgoals. That is all. 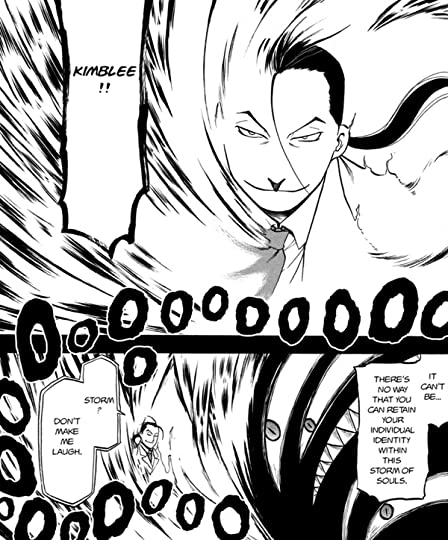 Oh right, Kimblee was mad. Crazy enough to not die when he was supposed to, because sure.

Daw. I didn’t expect to find a villain quite so adorable, but here we are. 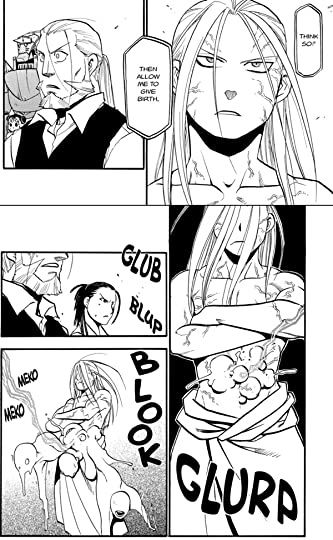 GLURP. That is all.

You know… that seems pretty Winry.