Fables, Vol. 10: The Good Prince . The story of Ambrose (Flycatcher).

In a nut shell: he finds the ghost of Lancelot (yes, that Lancelot), Excaliber (yes, that Excaliber), saves a bunch of damned Fable souls, and makes a kingdom where anyone who wants to sit out the coming war can be safe . If you’d have said that was his coming storyline when we first met him, I’d have thought you mad.

It’s kind of a crazy escalation of power, but for Fly it actually really works. He’s a fun character. And as powered us as he is, I don’t think we have to worry much about him ‘breaking’ things in the coming war. 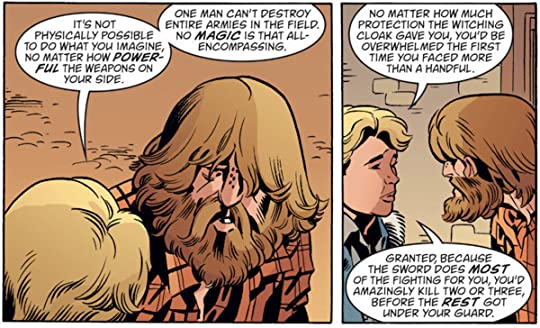 Boy Blue telling him this is such an interesting idea. He’s really quiet the vetern for all he still looks like a boy. And he has a point. All the magic in the world can’t stop a large enough army. 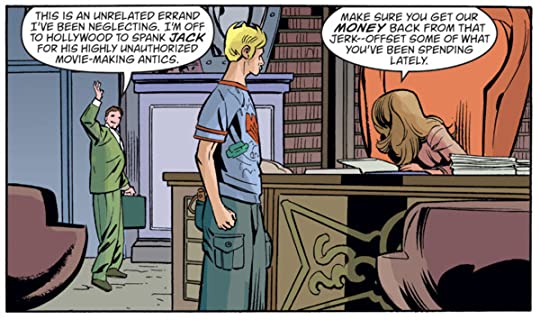 Huh. So goes here? Sure. It works.

The art style is weird, but the story is cute. I totally understand Bigby here. Six (seven) kids. Man. 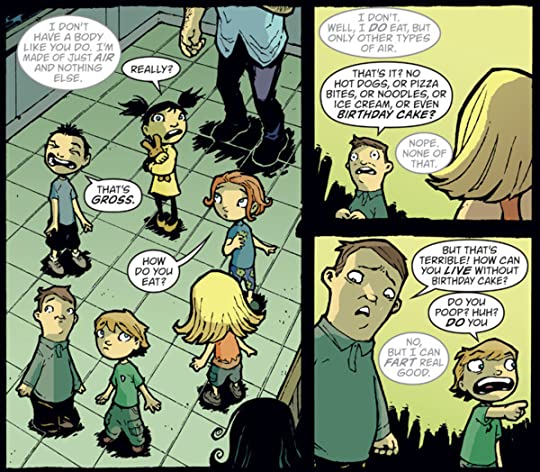 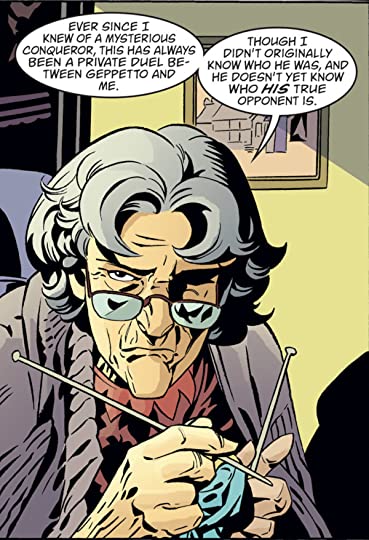 Turns out it’s all a proxy war between two crazy powerful individuals, even if they powers involved don’t both know it yet. I wonder if she’s full of it or if that’s how it’s actually going to come to be? 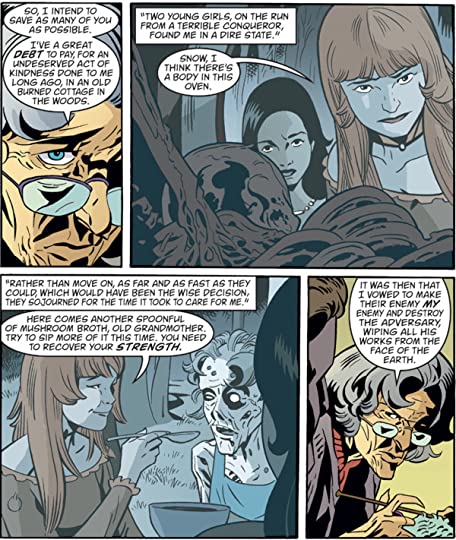 All of this, Fabletown and their resistance having a chance, comes from the kindness Snow White and Rose Red showed to a woman then found burnt in an oven one time. Fascinating.

“Watching the Fly show” is such a funny idea. He’s off building a kingdom in one of the most fantastic magical ways he could and they’re all watching it on a magical TV. 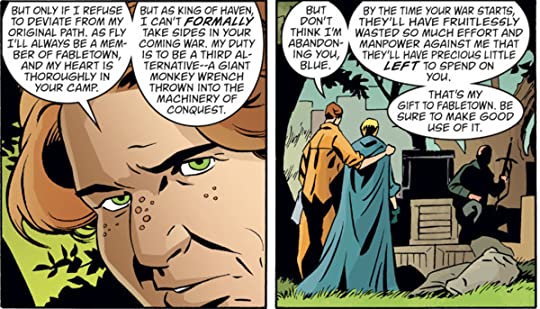 A neutral party of sorts, even if he did cut off a huge part of Geppetto’s power once again. I wonder if Geppetto will try to invade (again) and bring Fly back into the war. 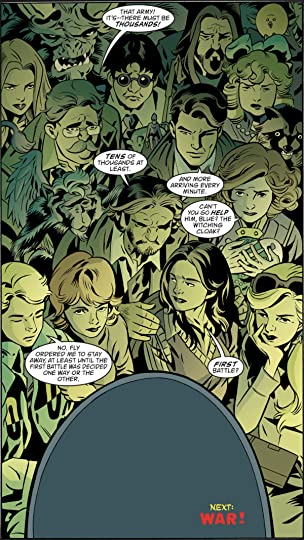 Previously on… the Fly Show 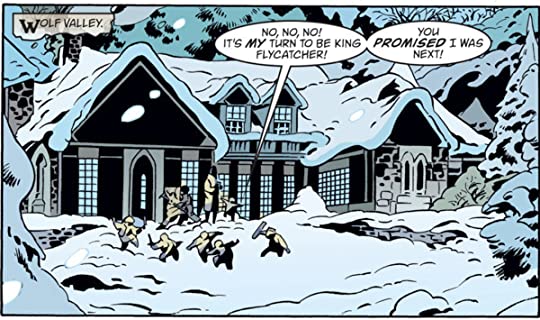 Playing Flycatcher. That really does put it in perspective. He’s become a Fable among the Fables now.