Man these books are ramping up for the conclusion. And there are still a handful of volumes left!

I think the one problem with the manga format is that long fight scenes really start to lose focus. Entire volumes of nothing but fighting are … hard to read. Still worth it though.

Random thing that blew my mind:

There’s not really much to say at this point. If you’ve read this far, you’re going to finish it. So just a few awesome scenes. Warning, potential spoilers. 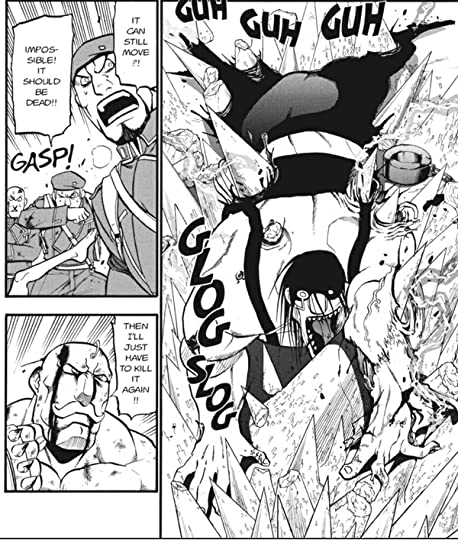 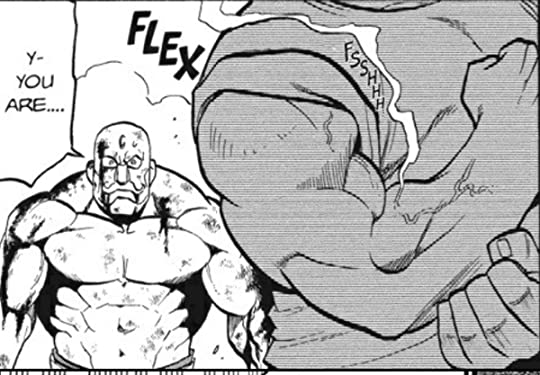 She’s a housewife AND an alchemist. It’s a minor plot, but I really feel it coming to a head here. 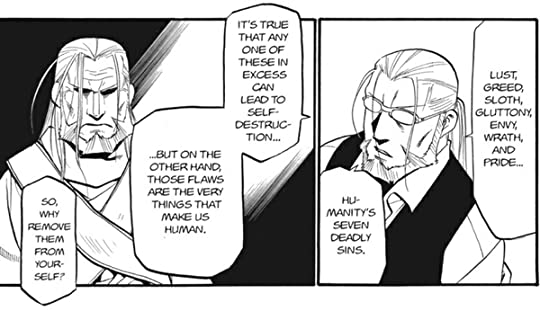 It’s true you know. It’s not only our virtues that make us human… but also the terrible things we can do and that we fight against. 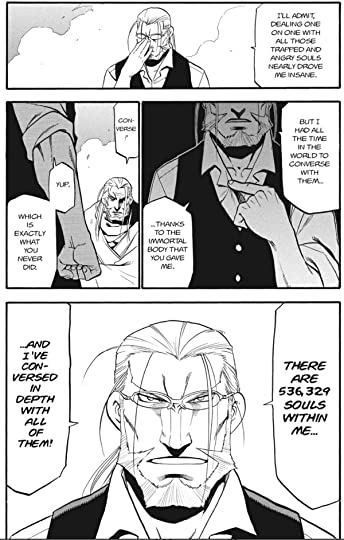 … that way lies madness. But it does explain a bit about why he seems so distance. 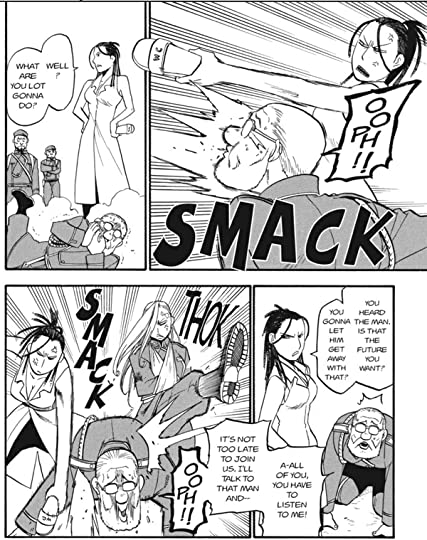 Woman power! Izumi and Major General Armstrong are pretty badass. And an interesting contrast against one another. 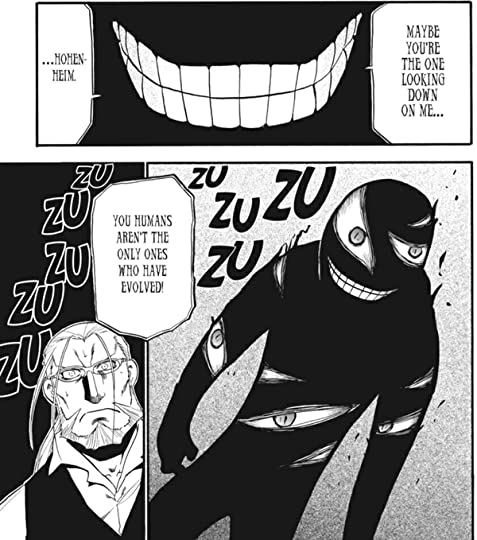 … he blocked a sword with his abs. That is all.

And then … I’m not sure what even happened. Oh no teacher!!