We have giant battles, contemplations on the ethics of using evil for good means, a showdown with the Flame Alchemist and Envy, The Armstrongs doing strong things with their arms, and A HOUSEWIFE!

Man this story is amping up. At first I was wondering how they were possibly going to make it to 27 volumes with everything building up a few volumes ago, but now I don’t know how it can possibly end in time.

I look forward to it. 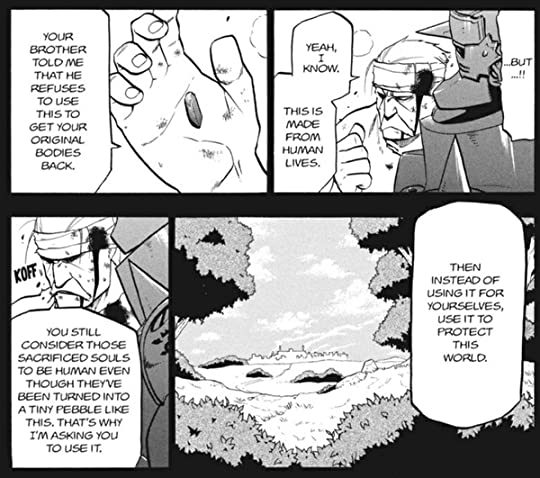 That’s a fascinating question. On one hand a philosopher’s stone is made from the death of many many unwilling souls. Using one is of course evil. But on the other hand, the cost has already been paid. So is it right to use it? Especially in defeat of the evil that gave rise to it?

The idea that the rock solid rules of alchemy might be more like… guidelines? Fascinating. And terrifying.

Go Strongarm Alchemist! He needed that. And after all that, Sloth just keeps going.

This chapter was mostly big fight scenes, which get tiring to read…

Chapter 94: The Flames of Vengeance

Tiring to read and yet here’s another one! This time a showdown between Mustang and Envy, with all manner of others around. 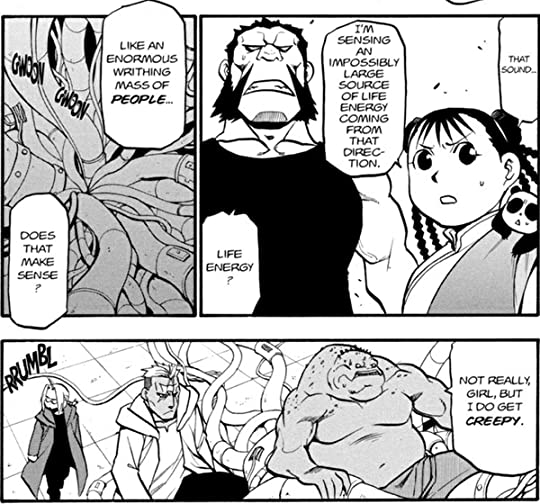 Yeah… it’s pretty creepy. How much of that piping is actually Father? Or what is it?!

Chapter 95: Beyond the Inferno 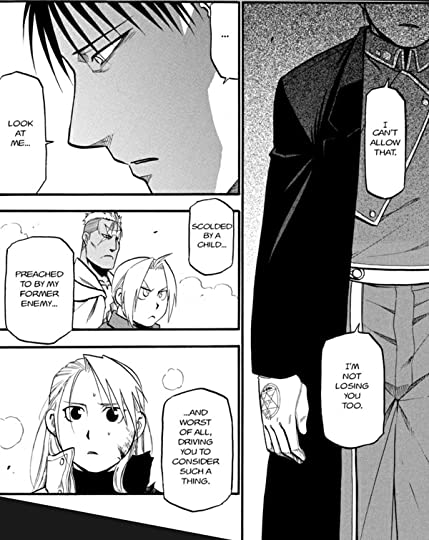 I like the story of Mustang. I wasn’t so sure about it a while ago, wondering if he might reach too high and go wrong (he still might), but I think he’s dealing with it and moving forward. Woo! 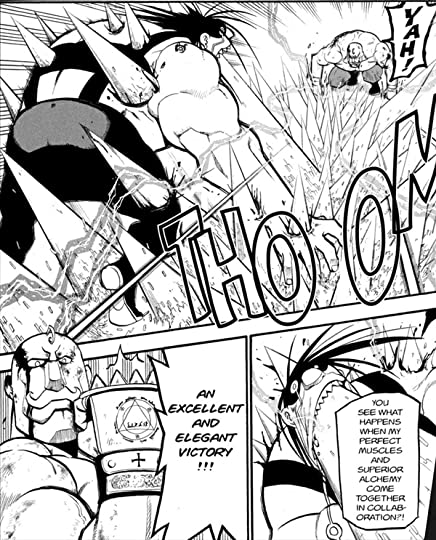 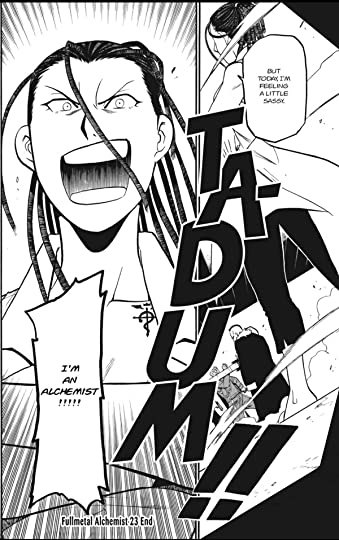 That’s awesome. She’s A HOUSEWIFE… and AN ALCHEMIST! Her plotline … isn’t, there’s very little actual detail to any of it. But I still think she’s pretty awesome when she show’s up, which I suppose is the point.