Man these stories get crazy at times. Winy and Ed are reunited in a wonderfully violent way, Van Hohenheim realizes he was a terrible father, Gluttony is wonderfully creepy (all the Homunculi are), more and more people are learning the truth and picking sides. It just keeps building and building. Only a few more volumes left!

Chapter 84: Shadow of the Pursuer 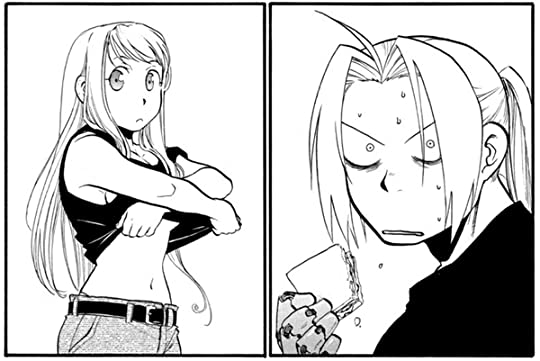 Heh. I love her reaction though! 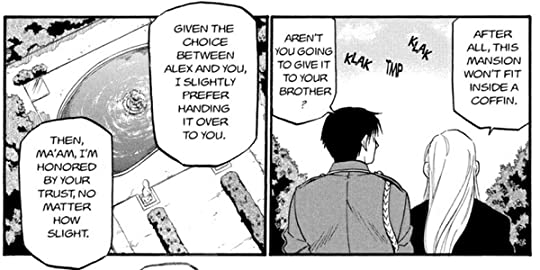 Major General Armstrong is an odd one…

Also as a random note, Ed makes clothes seemingly without effort. How do any industries survive with alchemists around? I guess there aren’t that many of them? I guess you’d need skilled alchemists willing to make clothes for a living? 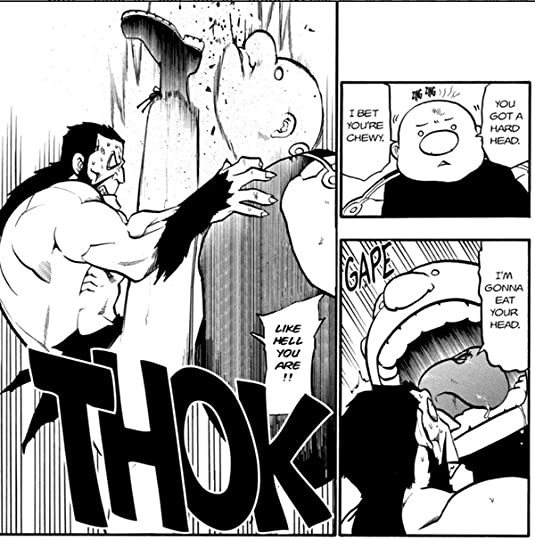 Gluttony is my favorite. Not as a good person (heh), but just as a fascinating character. He’s not deep, but he’s so wonderfully creepy.

Chapter 87: An Oath Made in the Underground 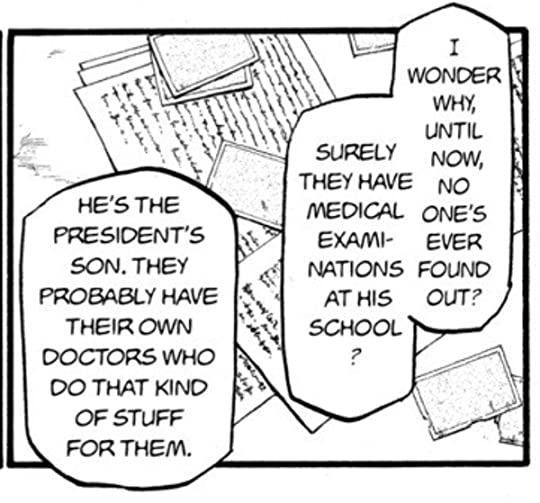 Speaking of creepy… how did Selim remain hidden so long? I guess people just don’t look for things that they don’t expect to see? 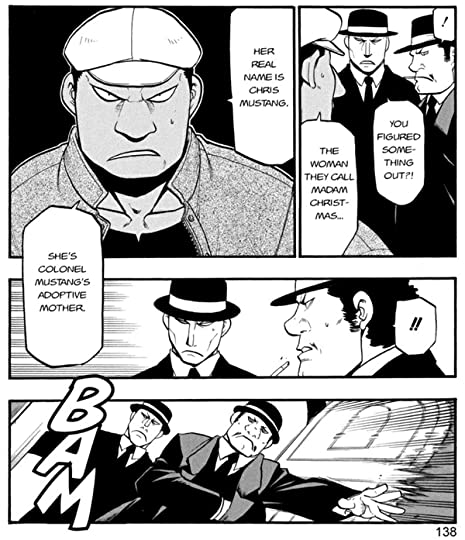 That was a fun twist.

Also: Flash bangs against Pride’s shadow arms is BRILLIANT! And PRIDE ATE GLUTTONY. Oh my. Each time I think I know the worst that could happen…