Ooooh my. A human traitor, a Homunculus rendered … cute?, the fated meetings of Rose and Winry and Van Hohenheim and his children, a whole manufactored army (because of course) … and the Armstrongs. Oh the Armstrongs. Things just keep escalating step by step. We’re really getting into the endgame now!

Kimblee is … quite the character. I do not understand his motivations. But man, for the most human of the villains… he’s also perhaps the most terrible. 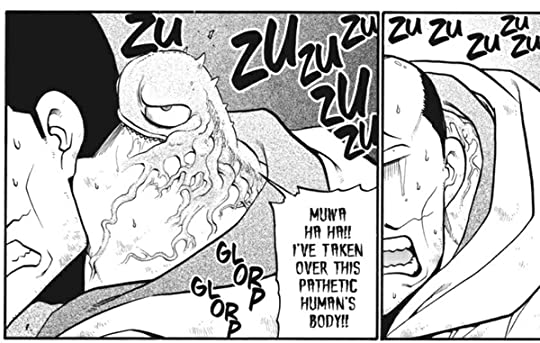 It’s sort of cute! And now … a perfect host? 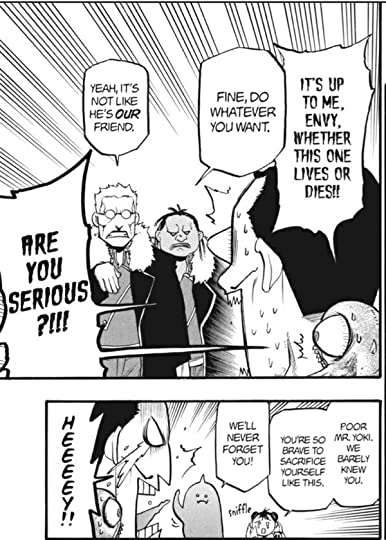 Because everyone loves Yoki. I almost feel sorry for him. Almost.

So… they have Cinderella in this world? That was midly surprising. And the interpretation of ‘reverse Cinderella` is actually quite amusing. 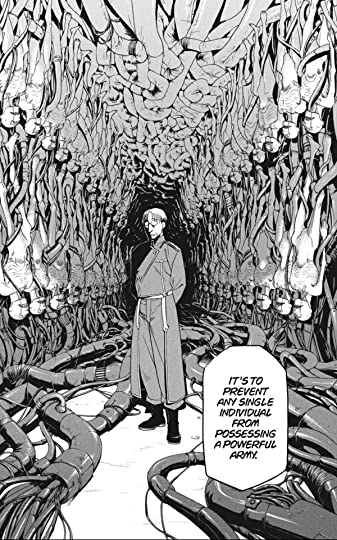 Oh my. That got quickly terrifying. 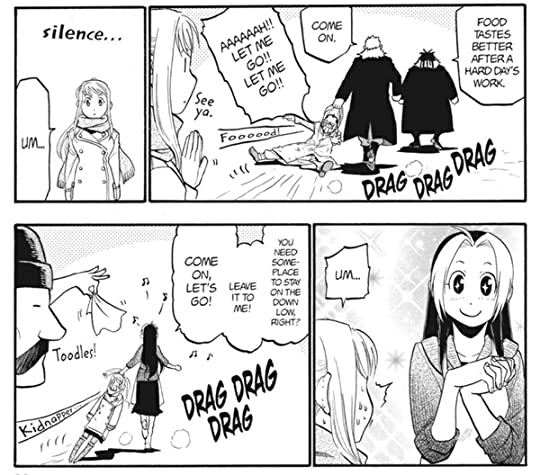 Rose and Winry meet up! I … have no idea what Rose’s motivations are or if she’ll stick around much, but I’m curious to see what’s next for this.

And I didn’t think it could get even worse.

One of these is very short. 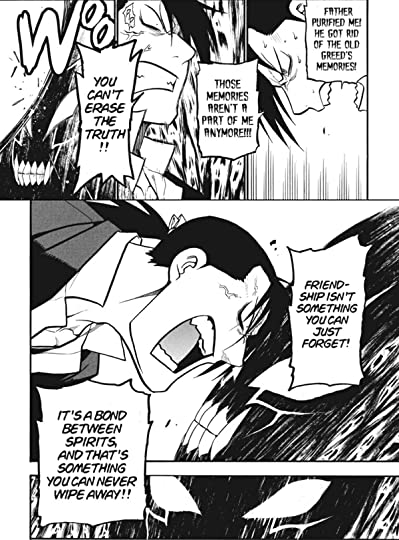 THIS CHARACTER HAS CONFLICT. WE HAVE TO MAKE IT OBVIOUS BY YELLING.

The Armstrongs are such a weird complicated family. And so very shiny. 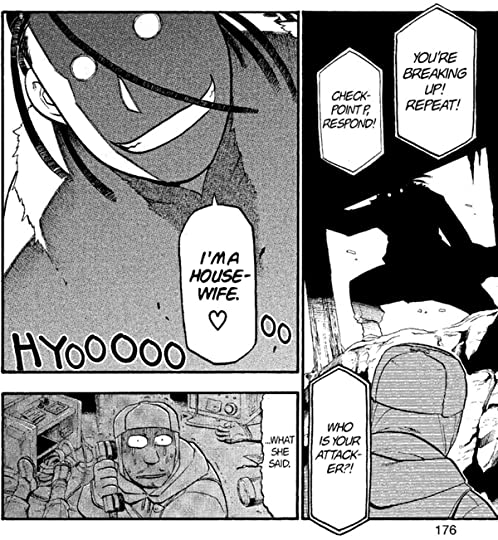 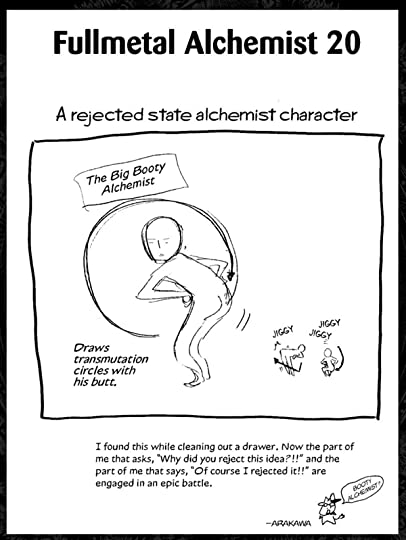 I just had to share this. For much the same reason the author had to in the extras.