WHY AM I YELLING?!

It’s totally different from the anime, which makes sense since they were release on top of one another and thus forced to diverge. So each new discovery is one even crazier!

This time: the origin of Father and Von Hohenheim!

Chapter 74: The Dwarf in the Flask 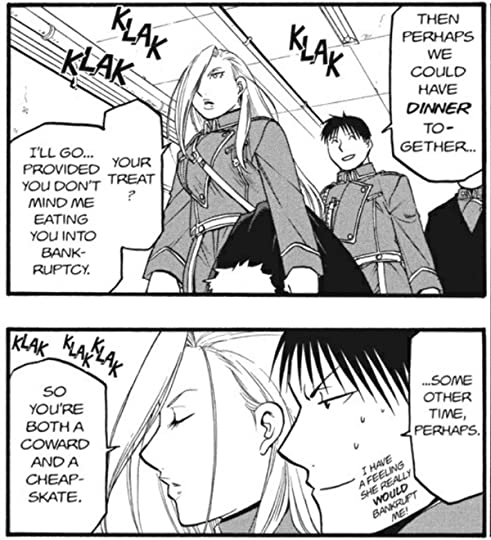 Major General Armstrong continues to be my favorite. (They’re all my favorite! You can’t stop me!) 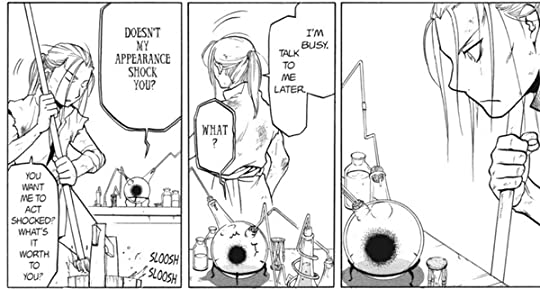 THE BEGINNING OF IT ALL! 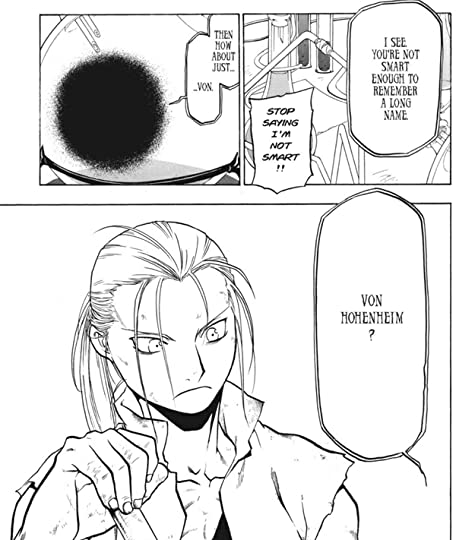 VON HOHENHEIM! I expect this will go badly.

Chapter 75: The Last Days of Xerxes 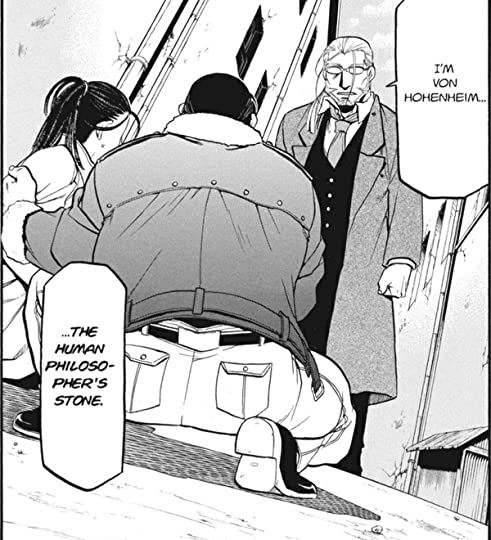 That’s what he is! And done by the ’love’ (or at least gratitude) of the Dwarf in the Flask / Father. That’s quite the relationship. 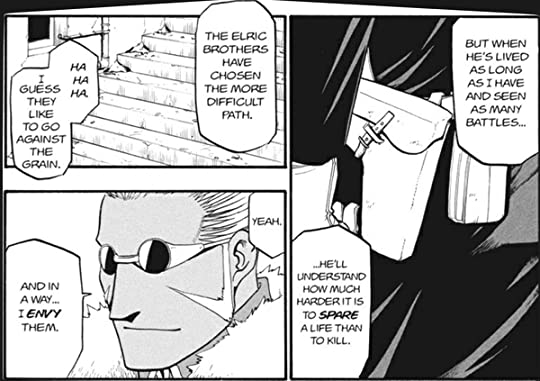 I ENVY them?! Sneaky sneaky! (or just a red herring?)

Chapter 77: The Tables Are Turned; A New Transmutation Circle

Goodness. Ed can do new alchemy and Al is in pieces and they figured out a second giant circle. Things happening! 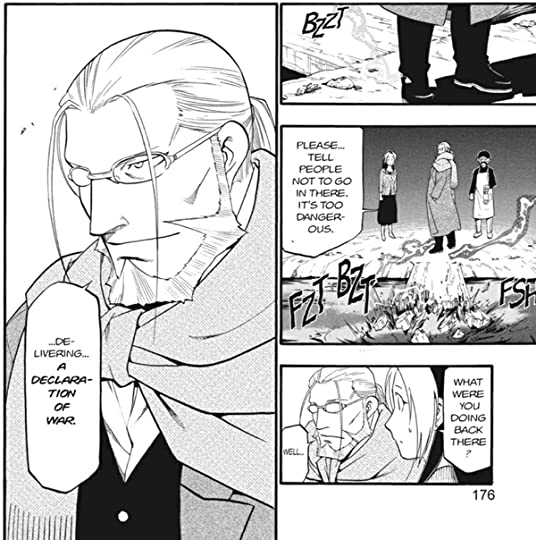 WAR! In some ways it’s all the story of Father and Von Hohenheim, we’re just now getting to it.