Another tale and far more worldbuilding!

Fables, Vol. 4: March of the Wooden Soldiers digs far more deeply into the backstory of the Fables universe, with a more connected prequel chapter that details the ’last ship out’ of the homeland as the Adversary took over more and more land and the rest following the first incursion of their forces of what will surely be many of the years– culminating in the first Battle for Fabletown!

And maybe, just maybe, hints at who the Adversary might be… (not at all who I would have guessed!).

This one, far more than any of the previous three, feels like part of the overarching story. It really does change the stakes. Fables can die and the Adversary is coming. What does that mean for the Fables of Fabletown?

On top of that, some truely wonderful character moments as Snow White deals with pregnancy in a fantastic world, rivalaries both flaring up and set aside between characters that have had centuries to nurse them, and Prince Charming jockeying for position and change in the Fable world. For the good of all Fablekind? or just for himself? The answer is obvious… but maybe a bit of both?

Yet another fantastic tale of Fantasy. I’m really enjoying these stories.

I do love the Fairy Tale language. The last gate, East of the Sun and West of the Moon. It doesn’t mean anything, but this feels like exactly the sort of world where such a place might just exist. 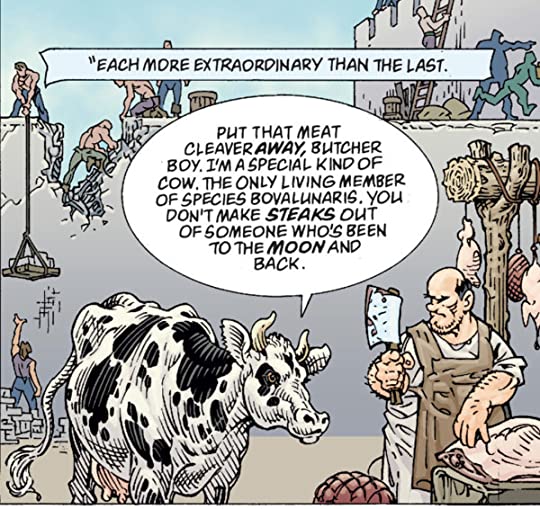 Bovalunaris. The cow that jumped over the moon. Because of course. 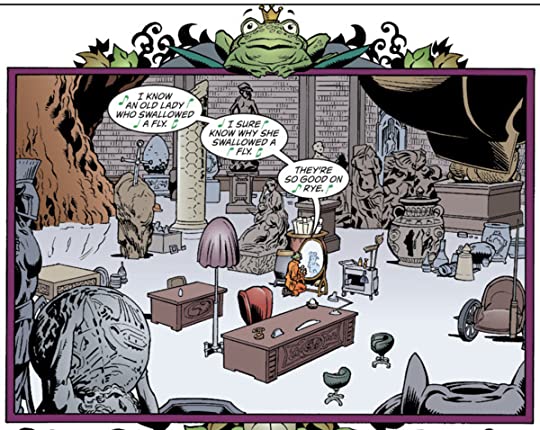 Flycatcher/the Frog Prince is not a story I’m super familiar with, but it does make for an interesting story. 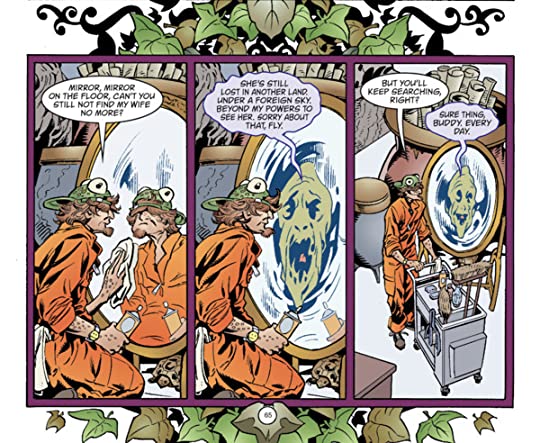 Plus of course the Magic Mirror. I’m a bit surprised it seems to be more classified as a magical artifact than a person, but c’est la vie. 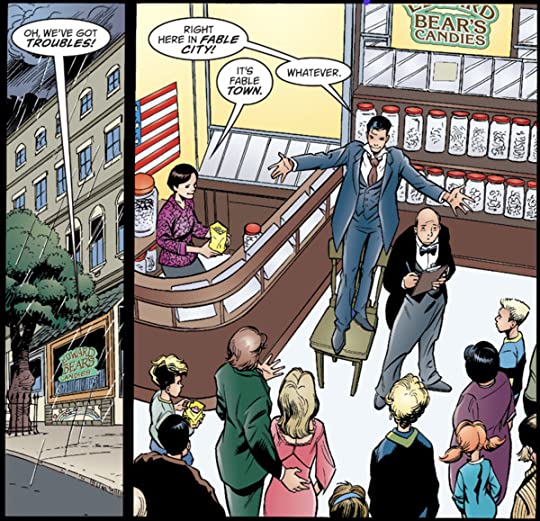 With a capital T… oh that’s a wonderfully subtle remark. 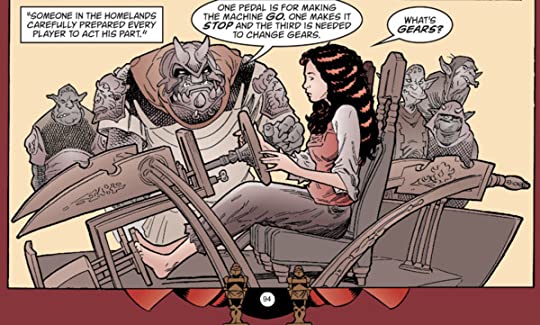 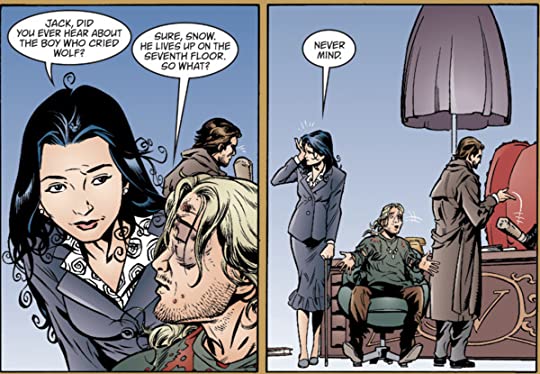 This literally made me laugh out loud. We have so many sayings based on Fables… so of course from time to time, they’ll have to deal with origins. 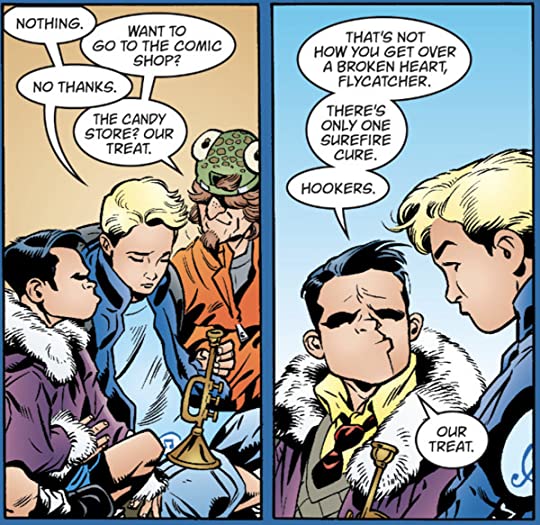 That… is a very different art style for Pinocchio than in Fables, Vol. 1: Legends in Exile. Much more blatent than the rest and I like it. It really does make the connection to the wooden soldiers obvious earlier. 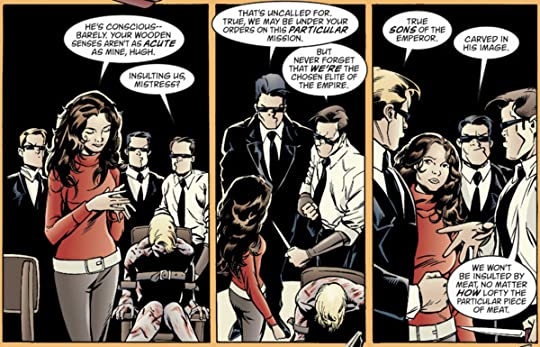 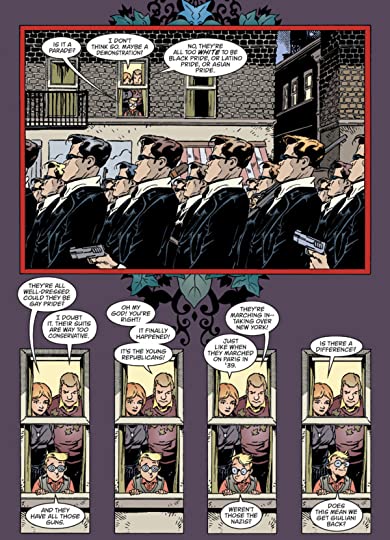 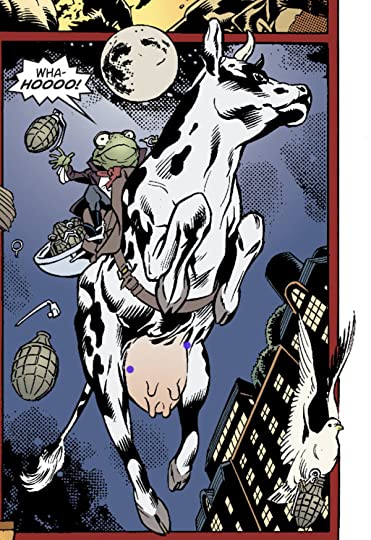 Also, that’s a frog riding a nearly-flying horse, dropping grenades. Because of course it is. 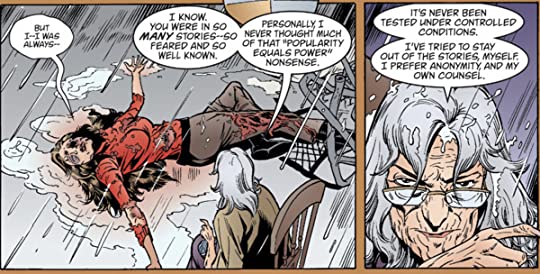 So maybe it’s not all about belief and how many times your story has been told… We don’t see much if any of thise fight, but it’s still pretty cool to imagine. And honestly, I think better this way.