Fables, Vol. 3: Storybook Love. I never would have expected extortion and a heist story!

The first chapter is a short that doesn’t really bear on the rest, with one of teh age old tales of tricking the Devil, capturing Death–and the problems inheriant in that. It’s a great stand alone, but a bit jarring that it doesn’t fit with the rest. I guess that’s part of the collected format.

The rest–well, it seems that the Fables haven’t done a perfect job of keeping their secret and one of the Mundys is on their case. The entire story revolves around dealing with that situation in the most Fairy Tale way possible: by weaponizing Briar Rose and her sleeping curse. Because of course.

It’s a fairly limited/self contained tale even compared to the previous two, but still well worth the read.

Pretty pretty (for some definitions of the word) spoilers: 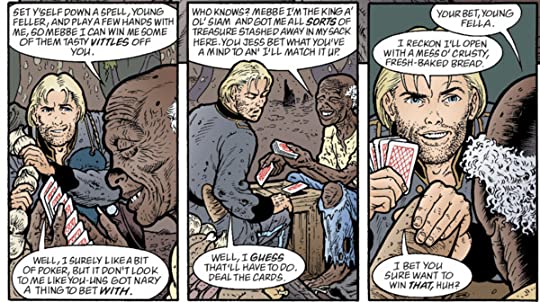 Of course it’s the Devil. 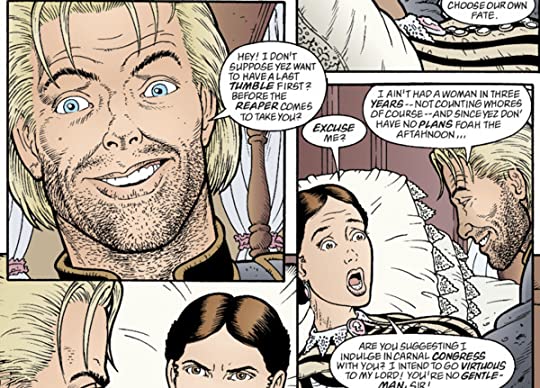 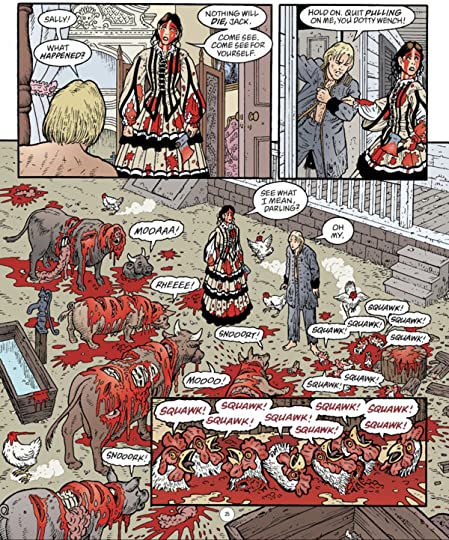 … Wow these are an adult sort of story. That is far more bloody than I expected to see.

So. Briar Rose’s curse resets whenever she’s kissed. That’s exactly the sort of world building twist that I was looking for.

VAMPIRES! Which totally makes sense for the reporter to think! And hilarious. 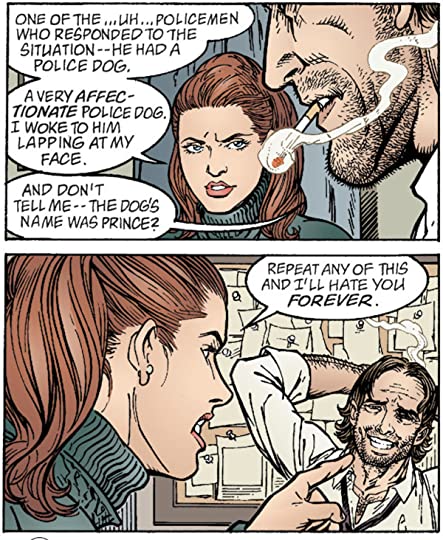 … that’s awesome. A lateral thinking way of it. 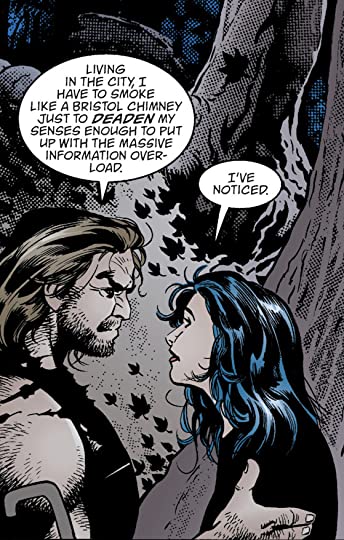 Oooh man that relationship is expected and complicated and creepy and awesome. And so that’s why Bigby smokes even now. Although can Fables even get cancer? 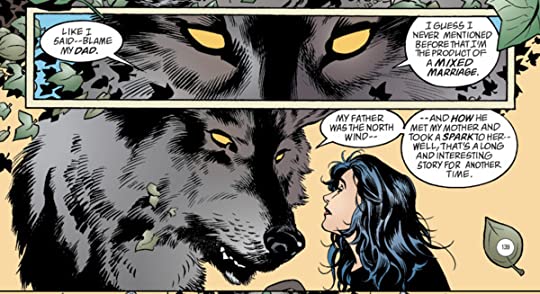 Oooooh God. She’s alive. After all that. Just like Snow White only far more terrifying. I have a feeling that somehow this isn’t the last we’ll see of Goldilocks…