Where Fables, Vol. 1: Legends in Exile was a murder mystery, Fables, Vol. 2: Animal Farm is all about racism, classism, and revolution! The haves and have nots–or in this case, the Fables that can pass as human… and those that cannot.

In a nutshell (heh), some Fables–like nearly all of those we met in Volume 1 can pass as human. But some… cannot. And those all live at a farm in upstate New York. You have talking animals, sentient flowers, tiny mouse-sized people, and all manner of other shocking things. But just because they wouldn’t fit in doesn’t mean they still don’t want to be a part of the world.

We’re really starting to build up just how much each of these characters is based on who they were imagioned to be and how much they’ve grown since them. They don’t necessarily feel (to me) like centuries old immortals, but they certainly feel like living breathing characters with all manners of problems– and all sorts of weird and wonderful ways of dealing with them.

It’s a crazy world building and a wonderful story–and what’s more, it shows much more than Vol. 1 that this is going to be a story with consequences. It may be hard to kill an immortal–but that doesn’t mean it’s impossible. 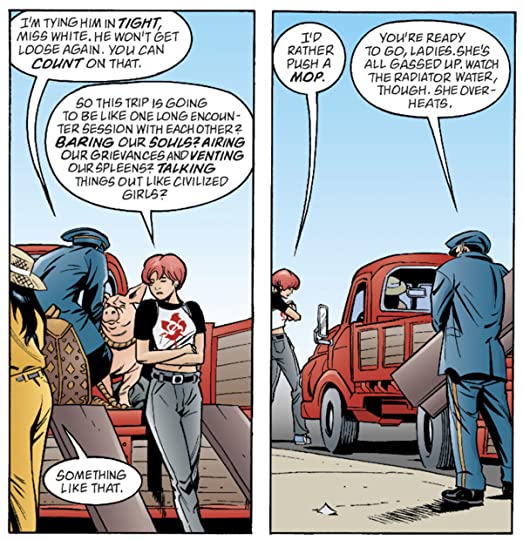 I really like the dynamic between Snow White and Rose Red as sisters and the exploration of their sibling rivalries. 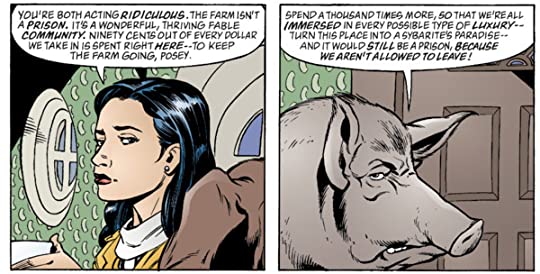 Classism! The seeds of revolution! 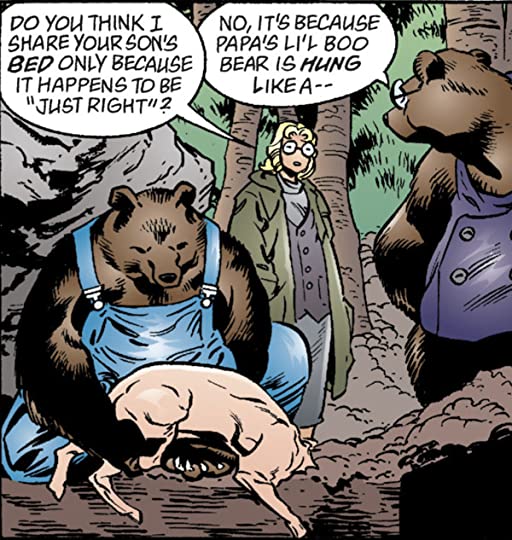 Of all the ways they could have done Goldilocks and the Three Bears… This was not what I expected. Man oh man. 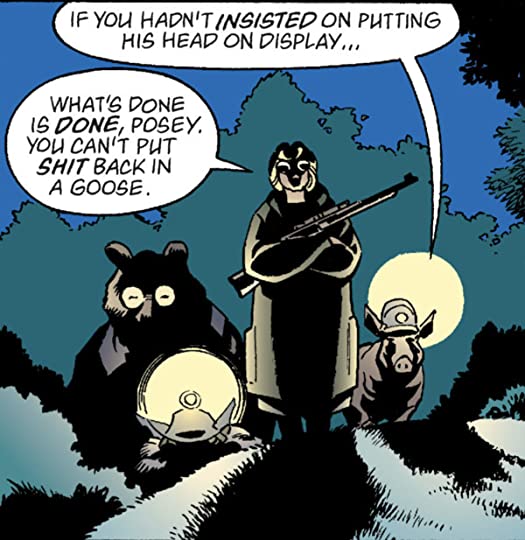 Goldilocks has quite the mouth on her. And yet somehow that feels like exactly the sort of saying you’d see among Fables… 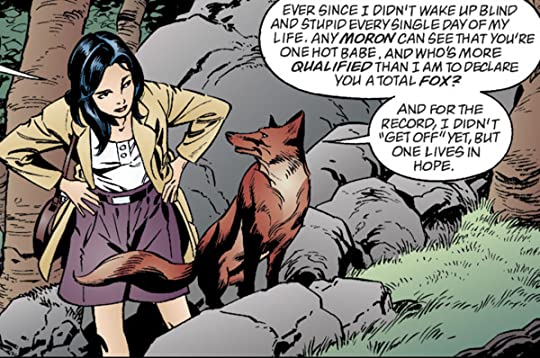 And monkeys can’t drive! Except… it’s a flying monkey. Who knows what it can do. 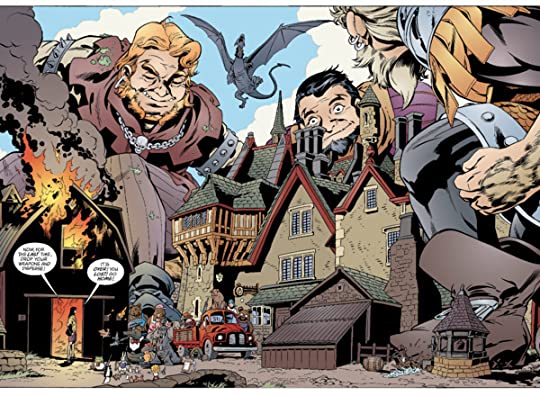 Giants. And a dragon. That’s certainly one way to keep order. Of course… now that they’re awake, how in the world do you keep them fed and hidden in the modern world? 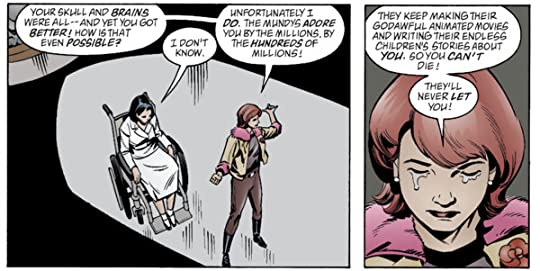 … huh. Snow White took a rifle shot to the head. But she’s such a popular Fable that she’s going to recover from that. It’s not the first time I’ve seen a story like this, but it’s always an interesting one. And done well.