Man this story is getting crazy. Another Homunculus (Sloth!), a giant transmutation circle under the whole country, more Von Hoenheim backstory, something wicked in the tunnel…

Man this series is good. 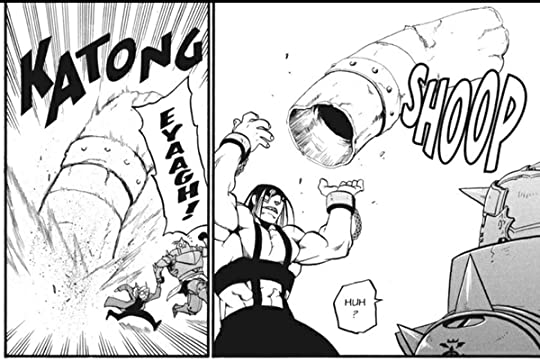 Sloth seems awfully hard working. Which I guess is the point? 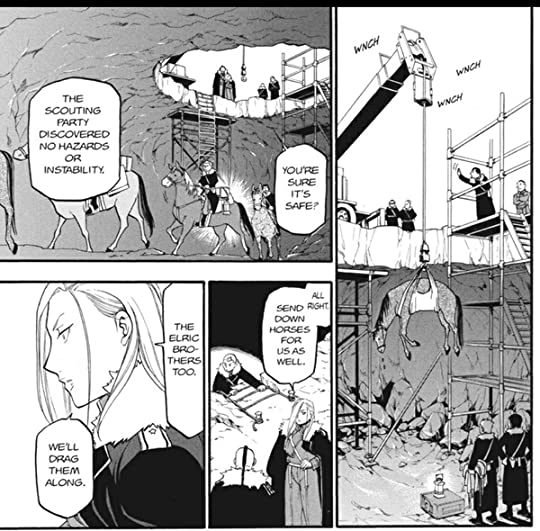 Those poor horses. Imagine being lowered down into a dark tunnel beneath the whole country with no idea what to expect. Pretty crazy.

I thought Strongarm Alchemist Armstrong was the best Armstrong, but Major General Armstrong is really growing on me. She’s awfully snarky. 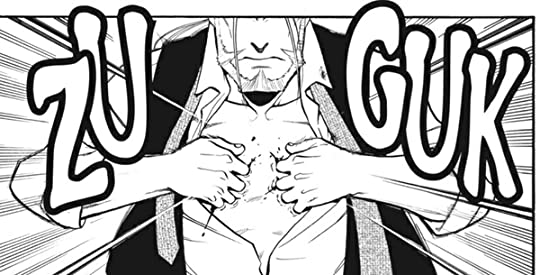 ZU GUK. But what is he doing?!

Chapter 68: Portrait of a Family 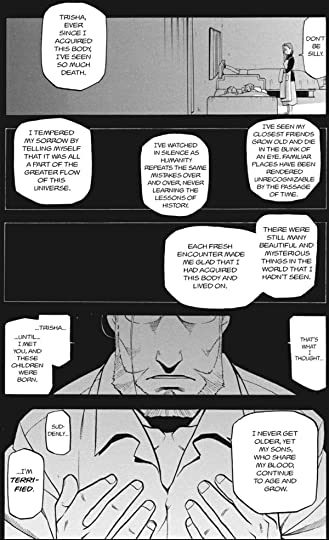 Man the backstory fo Von Hohenheim is getting so crazy. What in the world is he? What’s going on there? A proto Homonculus? But he had children of his own? And Ed and Al’s mother knew?! 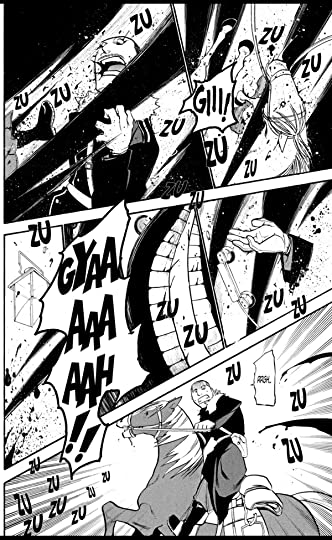 Man some of the beasties in this series are terrifying. The terror of the darkness come alive…

Chapter 69: The Foundation of Briggs 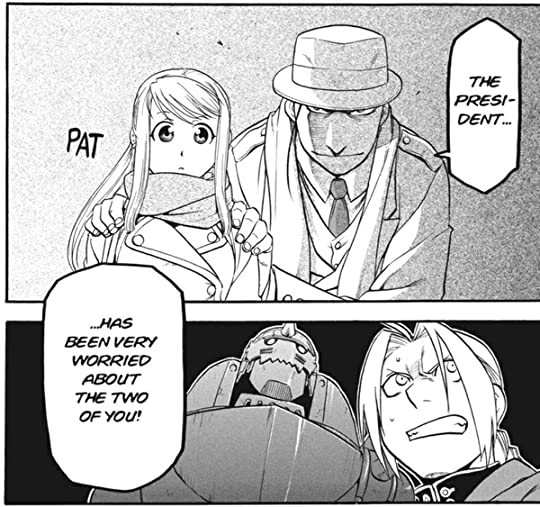 Be a shame if something were to happen to them… Man FPKBWrath is intense.