Oh man. A bit of fallout from the war, going north (it’s COLD!), and (re-)meeting another Armstrong. Exciting things and it doesn’t have to even been brainbreakingly weird!

Chapter 62: Beyond the Dream

That’s an interesting thought. One would imagine that it be best not to have war at all, but failing that, how do you treat war heroes when it’s all over? 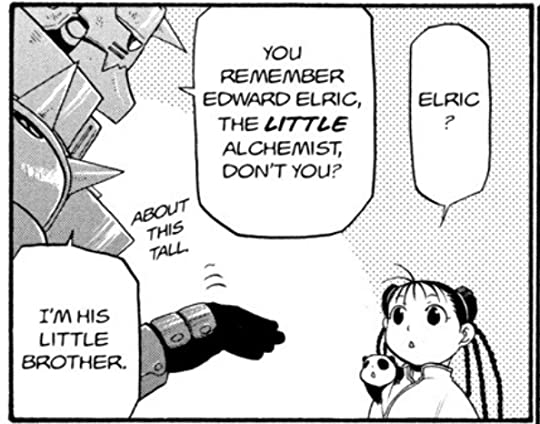 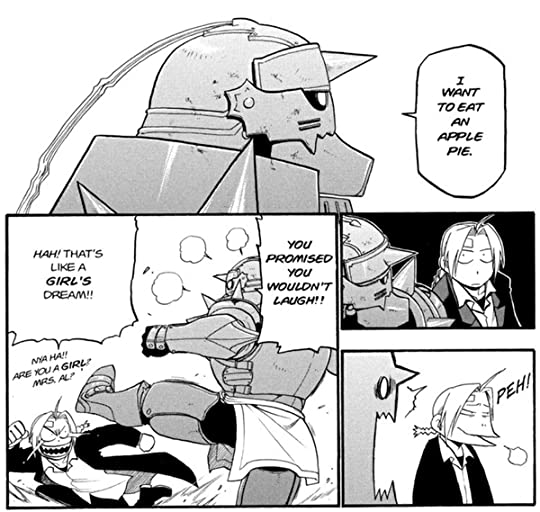 Reminds me of the first Pirates of the Caribbean movie (actually released five years before this book, I always thought these were older than that). 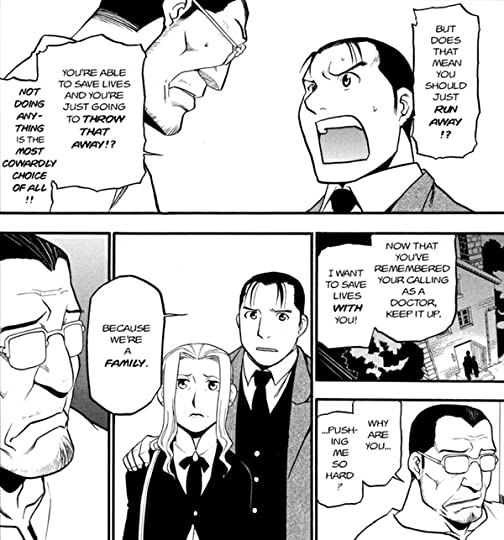 It isn’t always the ones you’re born with, but family is important. Perhaps the most important thing. 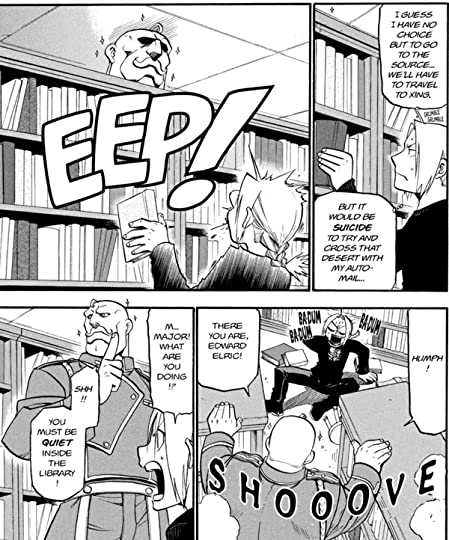 Strongarm Alchemist Armstrong is one of my favorite characters. He sees a problem and just solves it in the most direct way forward–so long as it’s not in his own head. I’m curious where that will go.

Chapter 64: The Northern Wall of Briggs 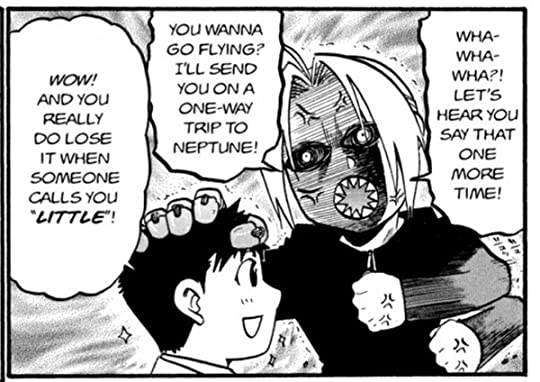 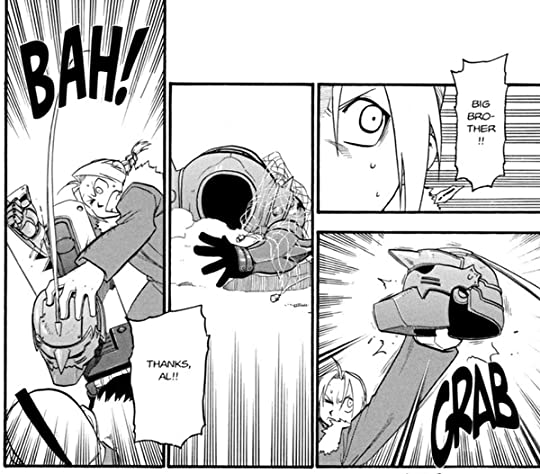 See! And they have interesting solutions. I wonder what Winry will say about that. 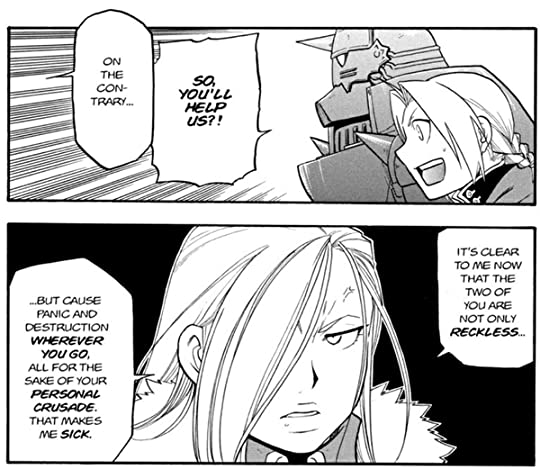 You know, they really are quite the same. Perhaps not in physical stature… but in sheer pretense. 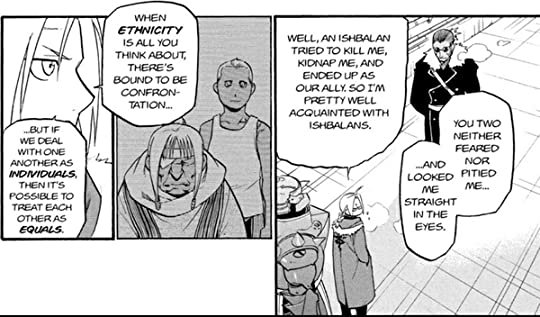 Race and ethnicity is not a good way to judge someone. But perhaps it’s a good start to understanding them.