Oh these poor poor people. The main family. The Will. All of them. Man this series got depressing.

But for the moment, let’s back up a bit.

Everyone (well, mostly) is together (for now) and they’re stuck on a rock that’s full of war. They have to get some fuel. It’s a story chock full of character moments. Some people try to do the right thing (support a tribe of locals) and some … aren’t so good at it (send a ghost in as a scout–if ghosts can ’live’, ghosts can die…). It even has a touch of a look into the societies that truely believe their God will provide for them–without judging, but also without mercy. 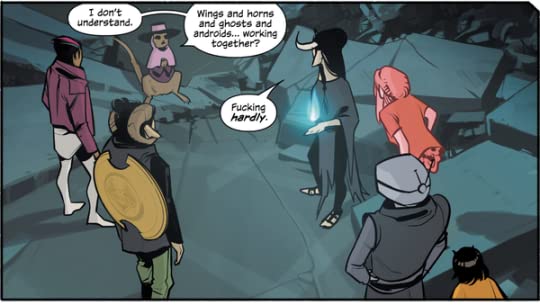 It’s funny becase… well, after reading the whole volume, it’s less funny. But I really like her. She’s wonderfully snarky for being dead and all. 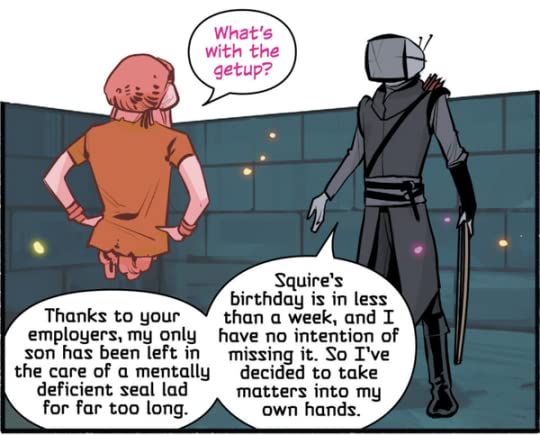 I also like what they’re doing with Prince Robot IV, now Sir Robot the disowned. He was a straight up bastard for a while there, but he’s really coming around. He’s not at all a good guy, but he as a wise Ralph once said, he might yet turn out to be a Good Guy.