Man this story just keeps going and going. It’s mostly interesting to see how the relationships between characters you never at first thought would interact well grow and change.

Saga continues to paint pictures of modern world problems, such as how homosexual relationships are treated: 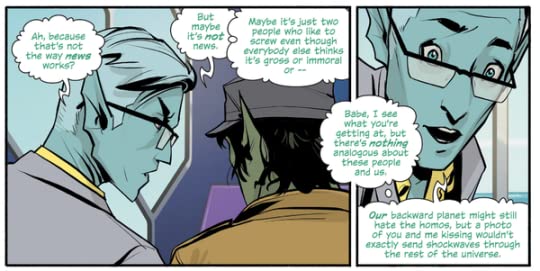 And racism (even if / especially when the one saying it often doesn’t even see it that way):

It gets as dark as discussions of those topics are wont to be. But there’s still plenty of cute moments, for example, with Squire (he’s really growing on me):

And Hazel’s Teacher, who is a praying mantis alien, because sure. 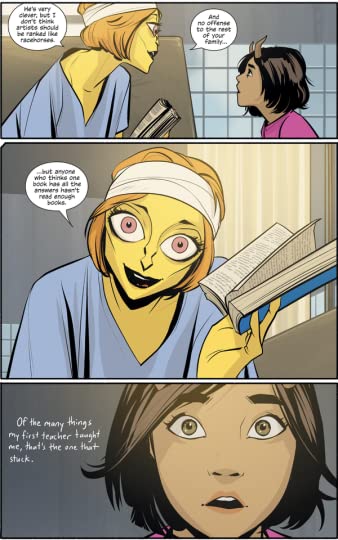 And who turns out to be a hero in her own right–as teachers so often do.

In the end, a point of view worth considering, in the blunt matter Saga is good at: 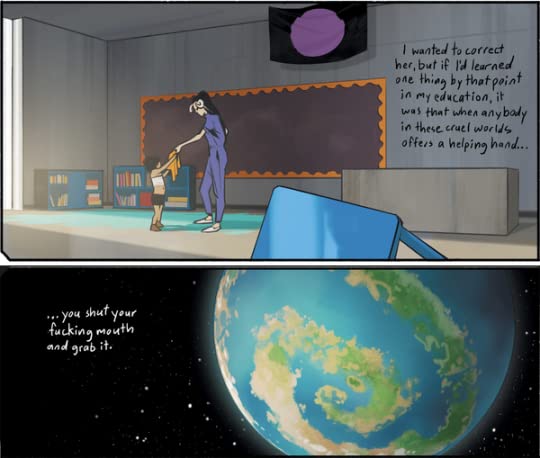 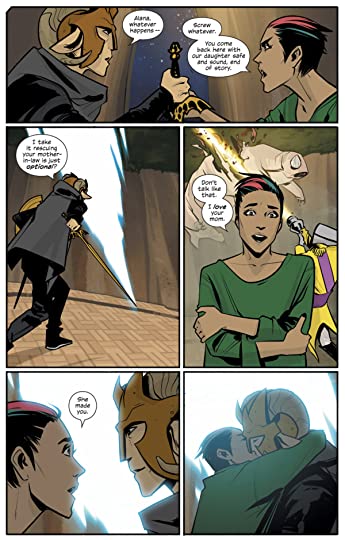