So, I did totally miss this one… But hey, the comics tend to be somewhat less necessary to read in order than the novels, especially with the novels being well ahead in timeline.

That being said, this story is a bit crazy. It introduces Puck , a character I’ve always enjoyed the idea of. The English version of Coyote or Loki essentially. And apparently… he’s a badass wild Fae that can go toe to toe with Lea (under certain conditions)? Sure! 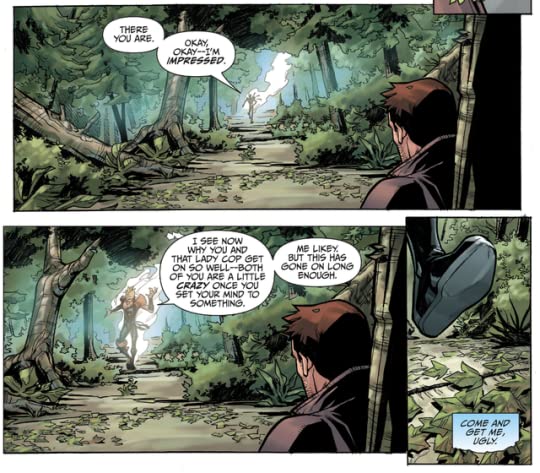 Overall, a wonderful story. I think one of the two parts that bugged me the most was this lovely attempt to take Puck down: 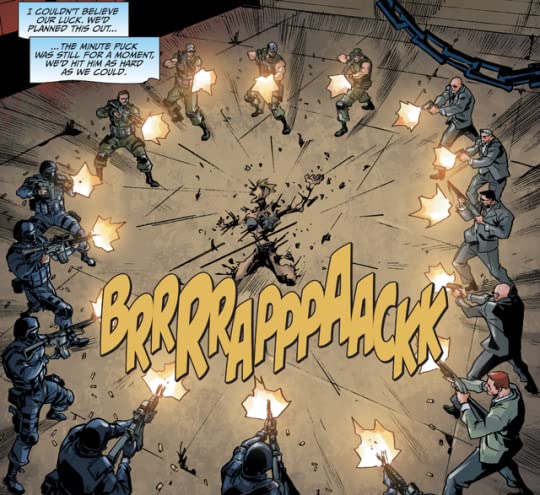 You’re going to shoot each other. Come on. But if that’s the worst? Pretty good.

The worst? The ending. It very nearly ruins the entire story. Don’t get me wrong, in a ‘real’ world, betting everything on a game of cards fits with the idea of Puck. But that being the actual ending? Kind of lame.