I’ve been meaning to read these for a while, they have some of the best reviews among graphic novels ever, they have a fantastic premise (a fantasy world IN SPACE), and they’re on comiXology Unlimited. What better time than the present?

Overall: they live up to expectations. There’s a lot more ‘human’ to the story than I expected, revolving around the costs of war and the first stages of bringing a new baby into the world. I mean, heck. It starts with childbirth: 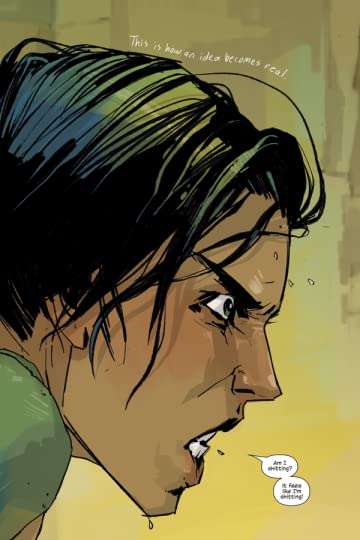 Oh childbirth. That’s certainly one way to start a novel. 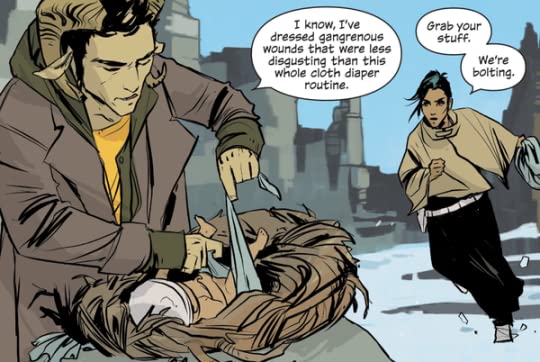 Nothing more horrifying than cloth diapers… :D Been there, done that.

One thing to watch out for… this is absolutely not for younger readers–or even adults who don’t go in for that sort of thing. It’s chock full of adult content, both nudity and sex but also violence and gore. There are literally sex scenes and a planet of prostitutes in the first volume:

And the costs of war, oh the costs of war. The setting revolves around a planet and moon locked in what feels like decades or more of war, bringing planet after planet and people after people into a war that shouldn’t even been their problem. One of the characters they pick up is the ghost of a teenager blown in half by a land mine. 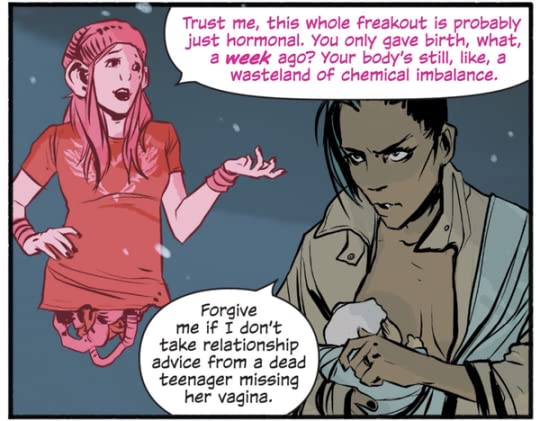 But to offset that, we have scenes of pure fantasy. They have to find a Rocketship Forest and take off in a living spaceship made of wood: 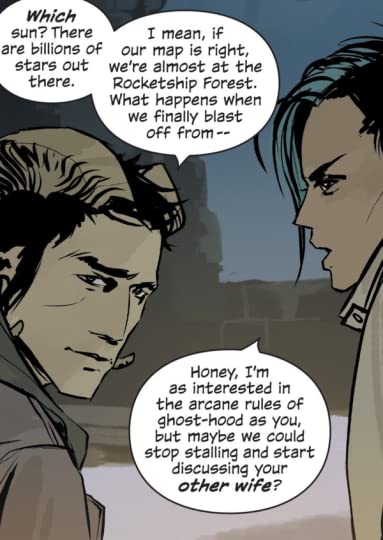 How cool is that? 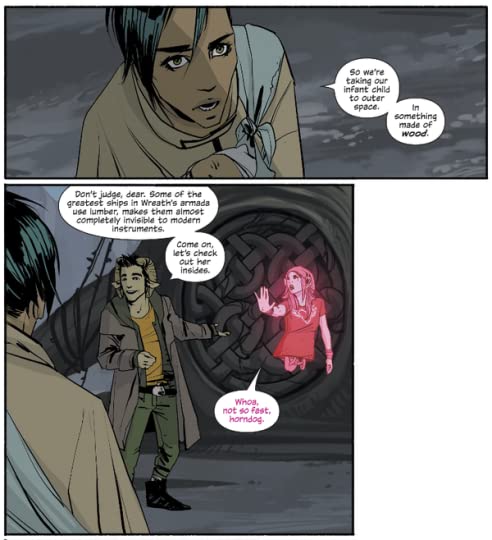 What it really comes down to though, is the story of a new family. And the idea that it takes a whole village to raise a child: 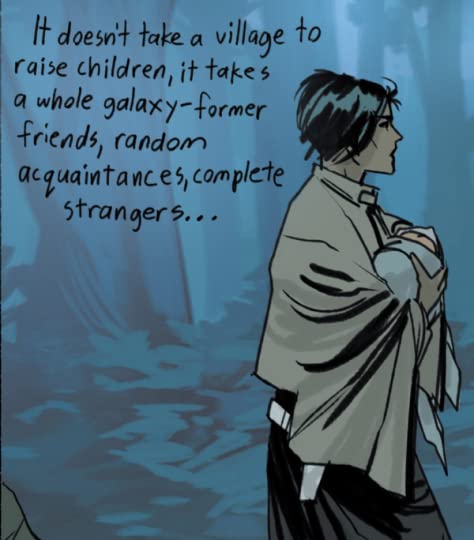 I’m really looking forward to reading more of this!