Chapter 42: The Father Standing Before a Grave 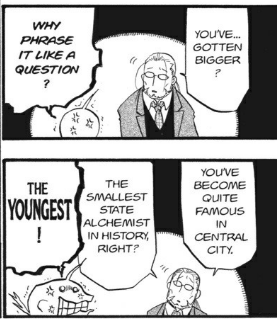 There is something so weird going on with Van Hohenheim. He seems out of it. 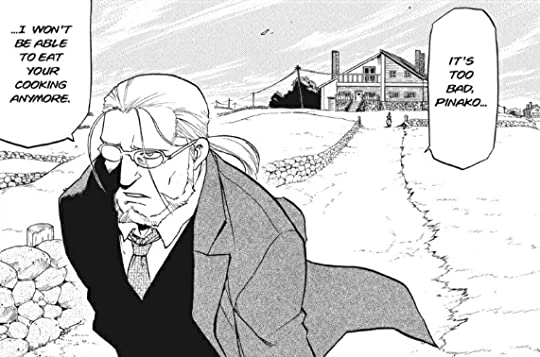 He can’t eat… that totally means something. Could it be… Sloth?

Wow. That’s a lot of competition… 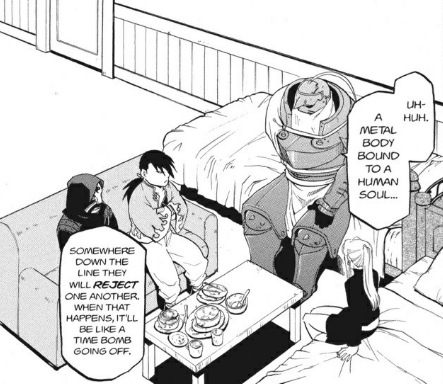 They seem to have really jumped on this idea, which is interesting but bothers me a bit. Why would the armor reject his soul? It doesn’t have one of it’s own. If anything, perhaps his soul would reject the body, but they seem sure it’s the other way around for some reason.

Oh… poor Al! That’s gotta suck. But… how does he fight or do anything? He has to be able to feel something. 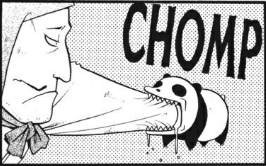 Adorable. The mixture of adorable and terrifying in these pages is excellent. 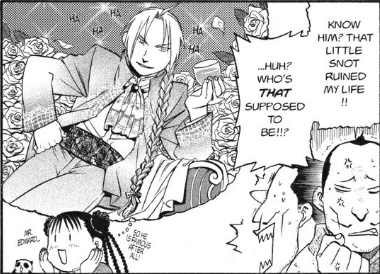 So… 4th wall breaking much? He can see thought bubbles!

A standard identity test. But what if magic could bring those memories out of the world? It’s not like he can store them himself… But then I guess… does it matter?

That’s an interesting idea (that Ed is sustaining Al’s body). But I wonder what percentile body size he is. He could … just be small. He’s still a teenager. Sometimes teens haven’t even hit puberty yet. 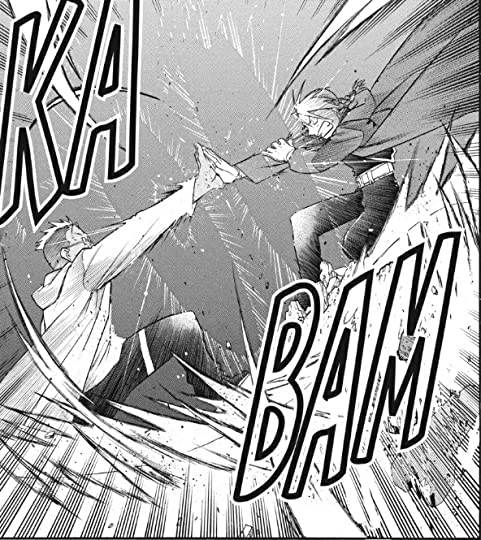