Man this story is getting crazy. Both in the worldbuild aspects (we keep learning more about how souls/homunculi/chimeras work) and in a more ’traditional’ sort: death and PTSD. It’s so well written and drawn. I’m quite enjoying this.

Chapter 34: The Footsteps of a War Comrade

Shapeshifters! Or at least one! It’s interesting, because the characters know about as little as we do about what homunculi can do.

This is the chapter that really hints at the costs of war. Strongarm Alchemist Armstrong has PTSD. Hawkeye likes guns because they’re impersonal. Oy.

And then there’s Barry the Chopper. Such ways of showing affection: 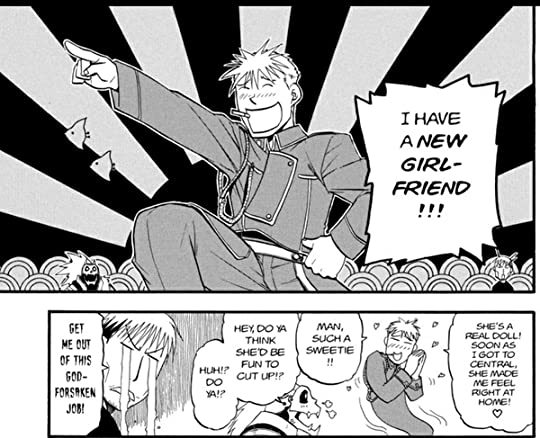 He moved back to the countryside.

He had to come up with something on the fly… but oy. They’re going to find out. 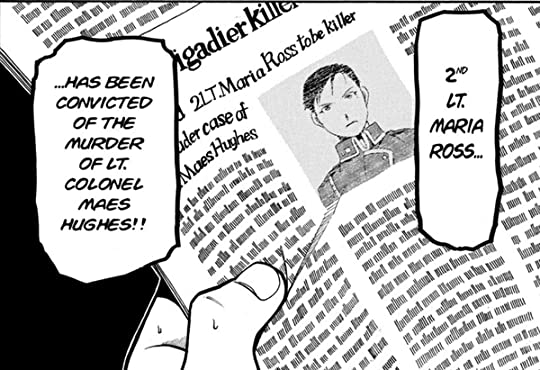 And there we are.

Then we have Barry saving the day and everyone running into each other at once. Something about Barry becoming a relatively major character is amusing. In most stories, he would have been a one off. Not here!

And whooaaaa that got dark. Flame Alchemist cooking a friend? Oh my oh my.

So… was it Ross? With alchemy, I expect even dental records can be faked. From the future: CALLED IT!

Poor Winry is the first to go to the family. :/ That feels like Winry though. Man that hurts.

And then… holy crap. Two Barrys ? Can souls be copied? Is it an imposter? WHAT’S GOING ON?!

Chapter 37: The Body of a Criminal 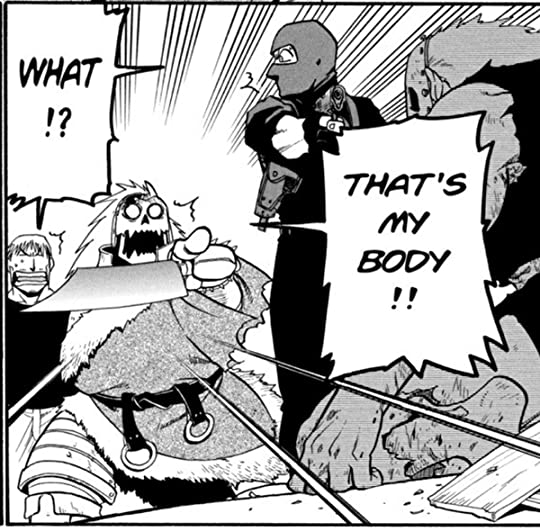 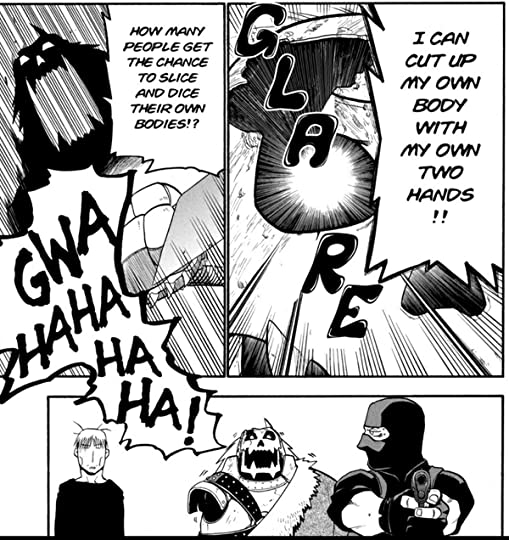 GAH, this series is weird. And fun.