was new, but an introduction. and are adaptations of previous works I’ve read a number of times. But ? NEW CONTENT!

It’s interesting seeing introductions over and over again. I know the books do the same, but for some reason it feels different in a comic. Perhaps because I’m reading them relatively quickly? 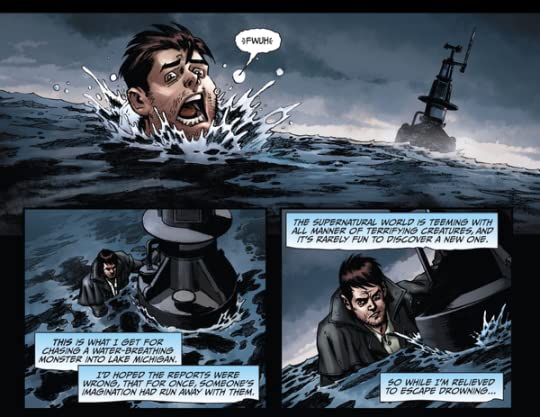 There’s something of an irony here, especially since I’m right around Changes in the main series. Ghoul Goblin was published 3 years after Changes, but takes place several books before. 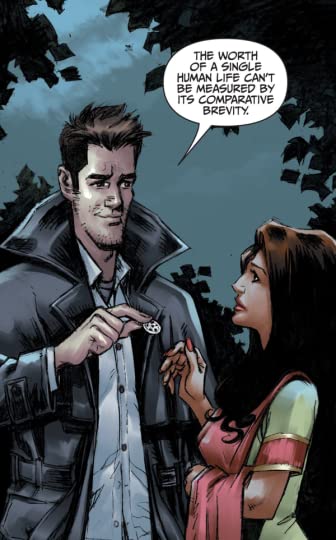 It’s a concept Dresden has made a number of times… but the wording just feels wrong. Too ‘fancy’ for Dresden. It stuck out.

It is interesting to see more about both ghouls and goblins. We have seen both in the mainline series (although goblins don’t really figure in much until some in Changes and more in ), but it was an interesting concept.

Overall, I think Dresden in the comic format Just Works(tm) and I’m glad to see it. It’s not quite as deep as a novel, but I’ll not say no to having both!