If anyone could pull off continuing their story after dying and going to Hell… And not only that, but making for an even crazier story than when it was alive? It would be Hellboy. 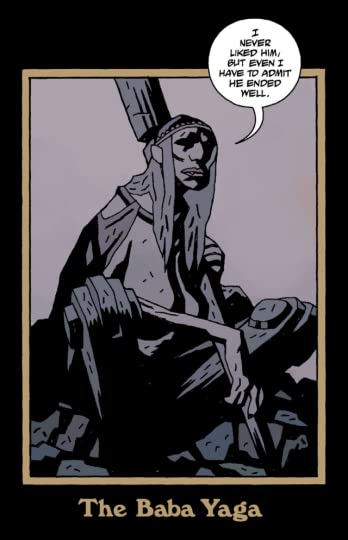 You know, ‘he ended well’ isn’t a terrible way to go. It’s like Dresden: ‘he died doing the right thing.’

Also… it’s totally A Christmas Carol, Ghosts of whichever and all. That was unexpected.

Also also: the art of this whole series but this volume in particular is just wonderful: 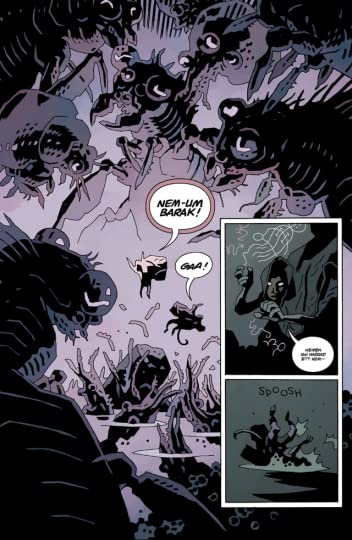 So now we’re getting into the meat of the story. 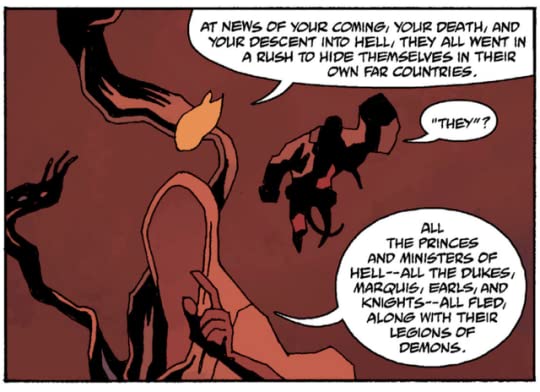 Hellboy goes to Hell… And the powers run from him. That says a lot about this story.

A bit of philosophy too:

And not only the philosophy of death, but also family. You don’t choose who you’re born too, which is especially important when your father is literally a demon. 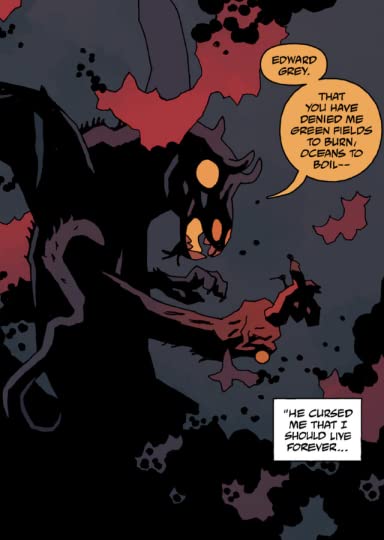 Not the first time I’ve heard of that curse, but it’s still interesting. Also the world building of drawing water from the river Lethe: 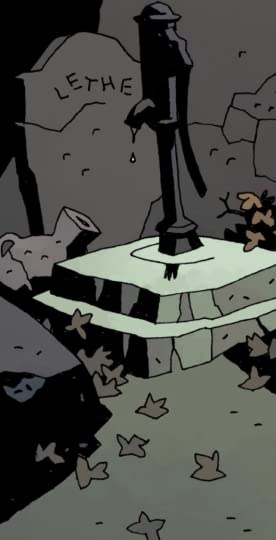 No mention, but it’s cool worldbuilding.

Man I need to read the next one of these…