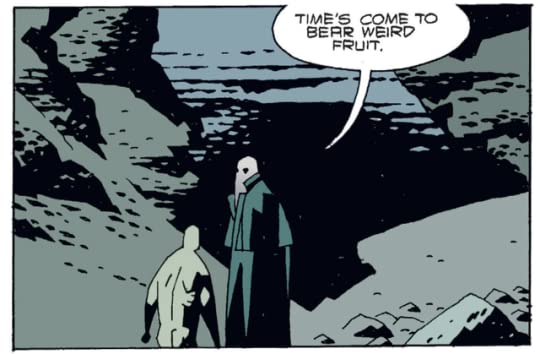 Well that was a weird tonal shift. After two books1 chock full of Nazis and demonic imagery and larger worldbuilding, Hellboy, Vol. 3: The Chained Coffin and Others basically feels like a number of short stories all told in the Hellboy universe.

That’s not to say they aren’t weird and wonderful: 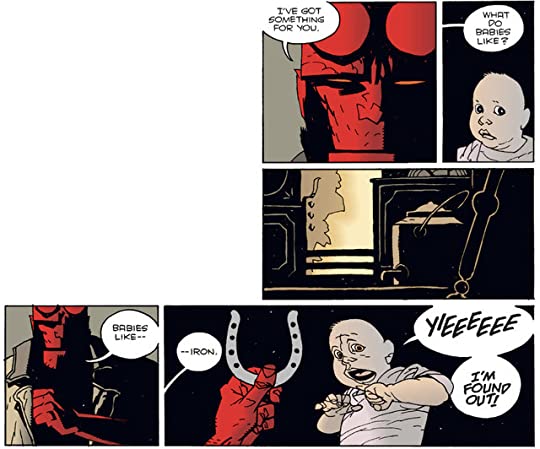 And we do at least have some continuation of the main story: 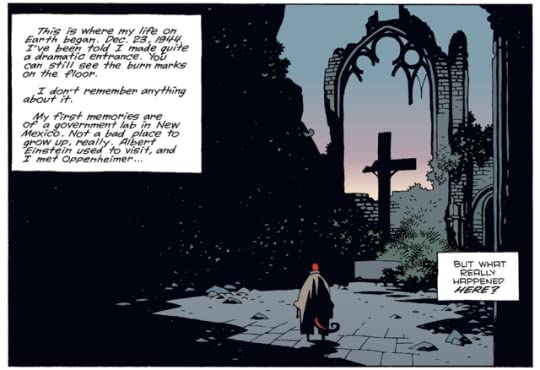 One neat thing was to see the talking body that plays a major role in the 2004 Hellboy film. I remember that being bizarre and fun to watch. 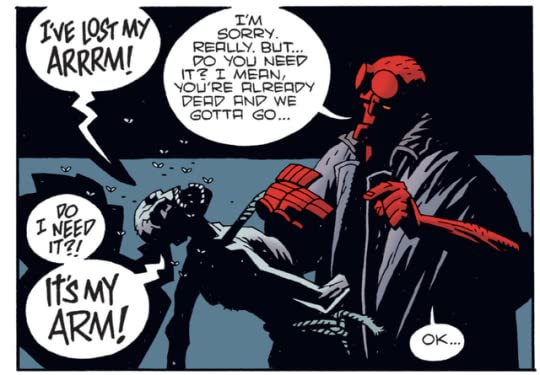 Overall, I didn’t enjoy it as much as the first, but I still enjoyed it a heck of a bunch. 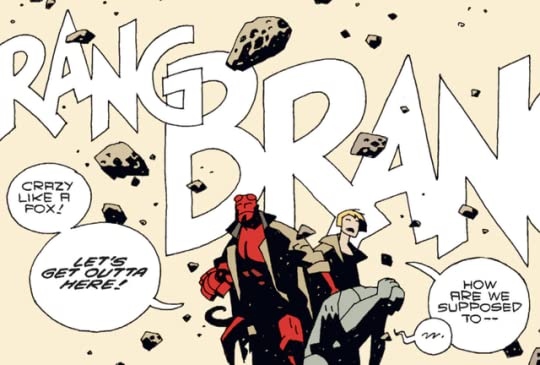